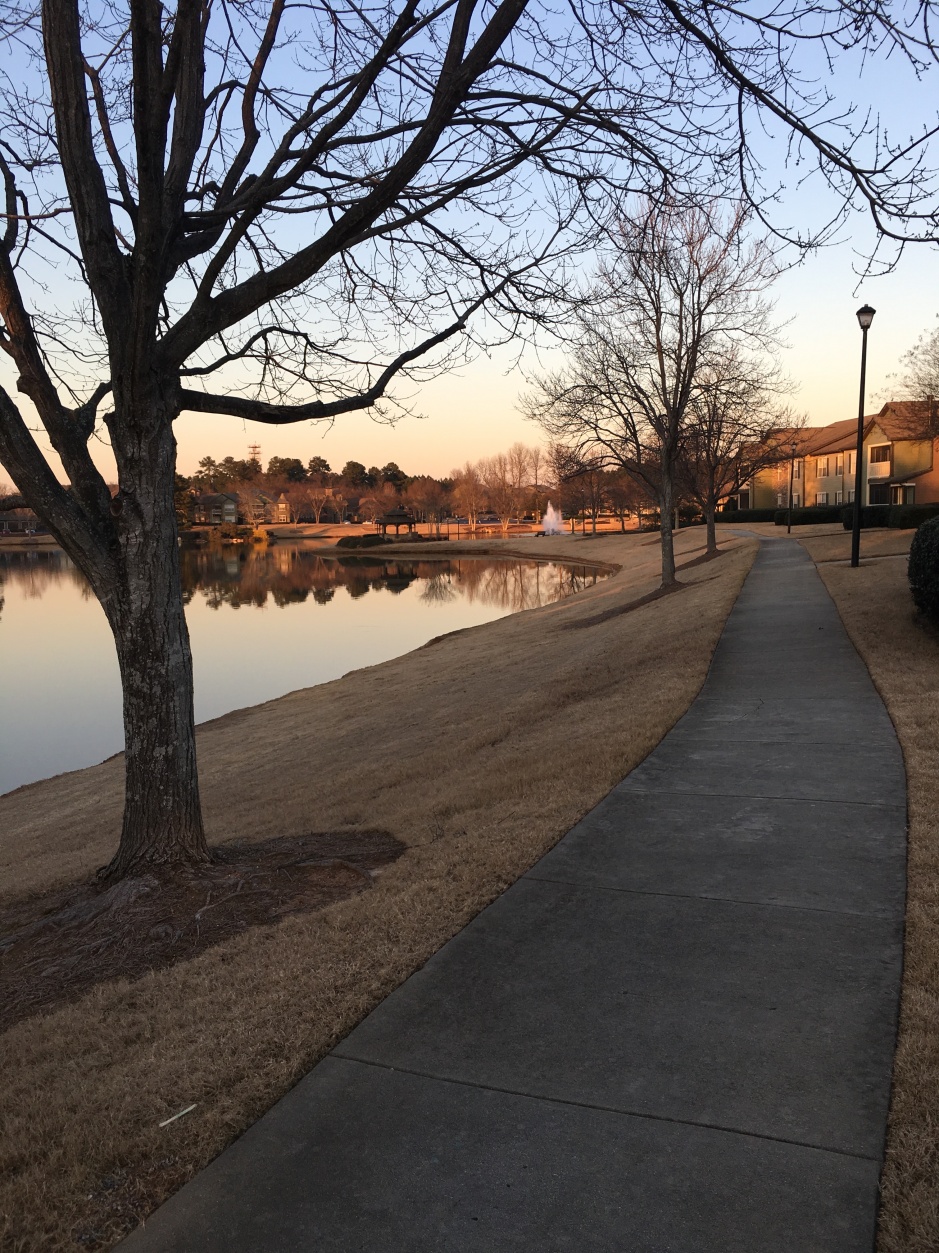 I’m really disappointed in myself. For weeks, I have been on cloud nine. Everything seemed to be going my way. I’d formulate in my head the things I’d write about, the post titles and how to convey in words just how happy I have been. It’s been quite unprecedented, really. I’ve not known a period in my life where I was consistently happy for over a month. But, like most things in life, a little rain must fall.

I didn’t want to post tonight. I’ve been shirking my writing duties. I keep coming up with excuses, none of them very good. One of my clients serves as my accountability partner/coach. We conclude each day reviewing our “wins” for the day and checking in to see if we “did our best” to exercise, to be productive, to be happy and to write/journal, among a list of others. I’d concluded that it was unrealistic for me to make a blog post each day. Quite frankly, my life is not that interesting. Plus, I always feel like there should be some real substance to my writing which I couldn’t achieve by writing daily. What has surprised me is that after a month of living in an apartment community with a walking path around its lake and a now 24/7 gym, I’m now working out at least 5 times per week.

I’d avoided coming up with New Years Resolutions this year. Usually, I’d jot down a few things I wanted to do and inevitably, every year I’d feel as though I’d failed horribly. This year I feel almost as though if I were to write it down it’d be like saying “Beetlejuice” three times. Despite that, resolutions/goals are starting to take shape. My client asked me today what my ultimate goal was regarding my working out and I was surprised at my answer. I was so honest that it wasn’t until I’d said the words that I realized that I’d rounded a corner. My aim isn’t to lose weight, although, yes, I could stand to lose a substantial amount. Rather, my goal is simply to feel healthier, to not be so winded doing basic things, to have energy. If I lose weight in the process, that’s great but I am genuinely more interested in being healthy.

Last year I was diagnosed as pre-diabetic and well, that was just a kind way of saying that I was diabetic. I had a choice, actually. My endocrinologist asked me if I wanted to be put on medication and if I wanted to monitor my blood glucose level daily. She warned me that once the diagnosis was entered there’d be almost no turning back. It would be a scarlet letter on my health record. Considering the list of ailments that I suffer from and that are already in my medical record, what could one more hurt? At the time, I was almost deliberate in making that decision. I could continue to circle the drain and play around with my health or I could tackle it head on.

I lost my grandmother two years ago this September. I’m still struggling with that. But thing was, she was a diabetic. She also had a stroke and complications and relapses abound. We all told her to watch what she ate and she didn’t take it seriously until it was too late. I love her with every fiber of my being and I think that it would be such a disappointment to her if I’d not learned from her own mistakes. How I wish that I had a few more minutes with her. Every day I think of her and every day I play her voice in my head like a record. I don’t want to lose the sound of her voice. No matter how old I become, I don’t want to lose that.

So, I’m coming down from my month-long period in the sun. The shade is beginning to creep in. Although I’m very happy with where we now live and the other blessings in my life, I know that I have to fight to not get consumed by the darkness. I have one more day to decide if I’ll resume writing for my former work-town newspaper. Parts of me feel like I have less and less to say or that I just keep repeating myself. Then, of course, I wonder if I’m really much good at writing. Yes, I know, I write for a newspaper, but you know what I mean.

Life is good and outside of the general stresses of the day, I know that I need to hold on to the blessing that is life. All too often I think about the unknown abyss of what may follow this life. No matter how trying it may be, life is a beautifully complicated thing and we only have one of them to live.